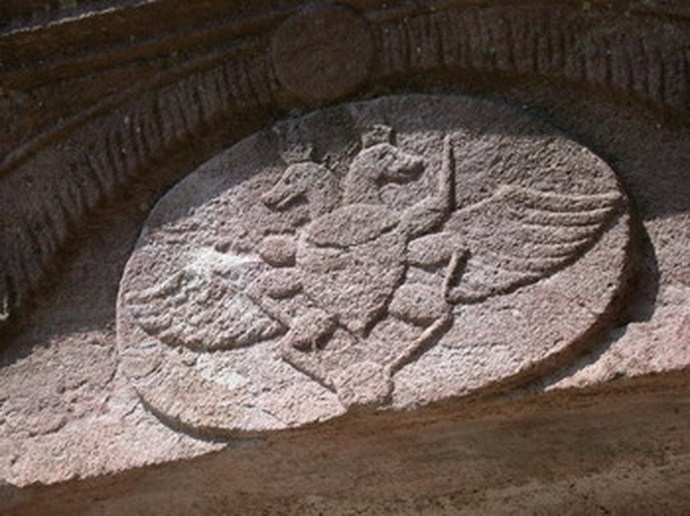 Karl's Scarab-Phoenix Gate
The scarab as a symbol of rebirth that illustrates the Masonic worldview.

In Synchronicity as a Principle of Acausal Connection (1952), Jung wrote:
"The scarab is a classical rebirth symbol. According to the description in the ancient Egyptian book Am-Tuat, the dead sun God transforms himself at the tenth station into Khepri, the scarab, and as such mounts the barge at the twelfth station, which raises the rejuvenated sun into the morning sky" (CW 8, §843). 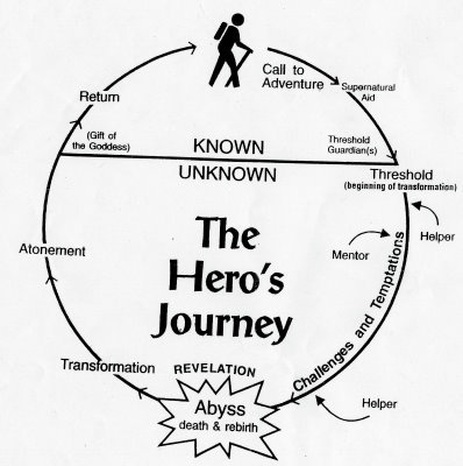 The Hero's main feat is to overcome the monster of darkness; it is the long-hoped for and expected triumph of consciousness over the unconscious. Day and light are synonyms for consciousness, night and dark for the unconscious. The coming of consciousness was probably the most tremendous experience of primeval times, for with it a world came into being whose existence no one had suspected before. "And God said: "Let there be light!" is the projection of that immemorial experience of the separation of the conscious from the unconscious. Even among primitives today the possession of a soul is a precarious thing and the "loss of soul" a typical psychic malady which drives primitive medicine to all sorts of psycho-therapeutic measures. Hence the "child" distinguishes itself by deeds which point to the conquest of the dark. ~Carl Jung; The Archetypes of the Collective Unconscious; Page 167. 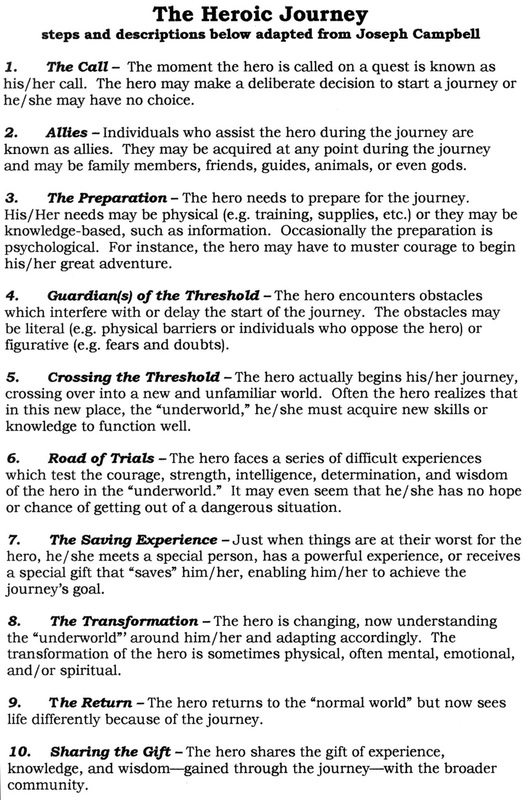 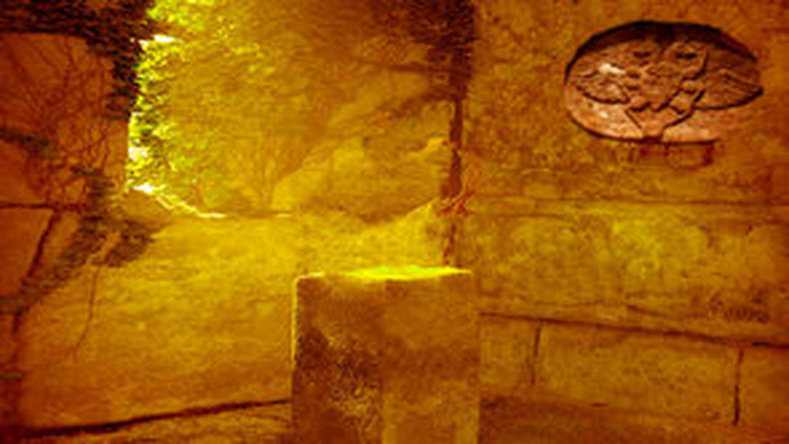 Mozart's opera 'The Magic Flute' hides a beautiful message. The whole story tells that one must go through many tests in order to reach the final destination, and those who know how to harmonize body, mind and soul and release themselves from the material world, will be successful in their journeys, just as the player harmonizes the musical notes and comes up with a beautiful song.

In Mozart's 'MAGIC FLUTE', there is an underground room with a pyramid to the artificial pond to capture the mood. Therefore, whether from the scenic instructions Freemason Emanuel Schikaneder cited  (1791): "The theater was transformed into the vault of pyramids (2.20)

Masonic Symbols in Mozart's Opera – the Pyramids In esoteric knowledge, number three represents the three attributes of God: will, wisdom and intelligence, as everything in nature is a result of these three forces. In The Magic Flute, number three appears many times, not only in the pyramids but also in the three ladies that accompany the Queen of the Night, representing the three states of matter. There are also three boys in Sarastro's kingdom representing the occult forces of nature, guiding the disciples through the process.

The pyramid is an important symbol in Masonry because it represents number three and number four, since it has four sides. Number four is the number of matter, as all things in the physical world is a result of the four elements, so the pyramid is three and four at the same time, spiritual and physical world together.

The Magic Flute and Pan's Syrinx

In the opera, the magic flute, made by Pamina's father in a mysterious night, allows Tamino and Pamina to surpass all obstacles. The flute represents the power of will dominating nature. Just as a flute player attempts to harmonize the musical notes in order to obtain a beautiful melody, one must harmonize instincts, emotions, intellect and heart in order to become worthy of heavens. This is why musical instruments appear in the myths of many different traditions, the kind of instrument depends on the elements of each culture – it can be a flute, a syrinx, a guitar or a sitar but they all have the same meaning.

The flute in Mozart's opera corresponds to Pan's syrinx of the Greek mythology. In the myth, the god Pan pursued the water nymph Syrinx, and her sisters transformed her into a reed so that she could escape from Pan. The reeds emitted a beautiful melody every time the wind blew through them, so Pan cut seven reeds and made a flute, the Pan's syrinx. The seven reeds are, according to occult philosophy, the seven steps that humans need to go through until they reach the peak of evolution.

The theater is transformed into two large mountains, where one is a waterfall, where you hear ringing and roaring - where the water is, is black fog. he scenes are rocks - Two armed men bring in black Tamino - she read Scripture, the transparent, which is written a pyramid on. This pyramid is in the middle very high. "

( It follows the duet between the two men at arms: "He who wanders this road is full of complaints / pure by fire, water, air and earth / If he can overcome fear of death / he swings from the earth to heaven / enlightened, he will then be able / to dedicate oneself entirely to the Isis mysteries to. "

The fire you have to, like the pyramid lighted torches or lamps of the Opera, the present cave Louisenlund think also in the ritual at least three candles.  Since the work on cave and waterfall, as we know from correspondence with the Masonic Bohemann court secretary , started in 1800 and continued until after 1801 were to know Magic is the concrete suggestion by Mozart's hand is not to be dismissed anyway.

What does Louisenlund offer the present visitor? Let him meditate all over the park as his "mirror of the soul" !  Let him master the landmark Jürgensen, the armillary sphere from 1795 (inaccurately called a "Sundial" ).  It locates the circling stars, on this blessed Earth. to help the initiate find his! Water, wind, sunlight, and giant trees 200 years share his secrets with their lives.

Does he want the goals of the alchemists, Freemasons and Rosicrucians, the soul call to the higher development of mankind in alliance with the secrets of nature? He is the holy place, the cult of relics does not allow - they are scattered and buried.  They grow in the invisible landscape of Temple Louisenlund:

And who at last will not shy away? "Foreign internal experience" can swamp the rational mind; and jungle games, giant trees that are free to unfold, strictly aligned linden avenues, spacious groves, sheep pastures, English '(south of the castle) or, France (north) the answering of mental life can come into awareness of scenery in this unrefined. Sprawling estate was initially only cultivated, generous unfolding and only one very small area covered in Manageable. ! this way the soul can swing on - a salutary movement!

And so may the homeopathic doctor Wilfried Fink have the last word with his Louisenlund-Currency:
“The world with other eyes to look at and to help things return TRUE companies to get behind things."

A saying of the Prince Karl makes the idea that Louisenlund for him embodied become clear and all questions about the garden theory and Masonic iconography transcend Louisenlund. ' When asked by a friend, the Count Reuterholm:  For the Masonic allegory meant the one on the original Garden of Eden bliss of man and the utopia of the brotherhood of all people on earth.

The landscape garden became a ritual space for the work of the Freemasons and a place of contemplation in the sight of the divine nature. For the Prince appears with the metaphor of the, Garden of Eden 'to overcome the dualism between divine and human, and its existence, the dream of human freedom to have filled. "

The eminent German Egyptologist, Eric Hornung (born 1933), Professor Emeritus at the University of Basel, has this to say concerning von Born in his book entitled The Secret Lore of Egypt (published 2001), at pages 123, 125 and 192:

... In 1784, the geologist and mineralogist Ignaz von Born (1742-1791) inaugurated the new Journal fûr Freimaurer with a fundamental essay, "Ueber die Mysterien der Aegyptier" (On the Mysteries of the Egyptians). ... Von Born, relying in particular on Apuleius' account, stressed the similarities between the initiation of an Egyptian priest and that of a Mason. He drew chiefly on Diodorus and Plutarch for his depiction of the "condition, duties, and knowledge of the Egyptian priests" -- ancient Egyptian sources were not yet known. He did not view the pyramids as places of initiation; rather, he thought that the knowledge of the ancient Egyptians was stored in them.

In the same year 1784, in which von Born's essay ... appeared, Wolfgang Amadeus Mozart was admitted into the Zur Wohltätigkeit Lodge in Vienna, and it has been assumed that he memorialized Ignz von Born, the Master of the Zur Wahren Eintracht lodge and the spiritual head of the Viennese Freemasons, in the person of Sarastro.

Ancient Egypt was ... significant to the eighteenth century as a political alternative, a model of peace, material well-being, just and wise laws, and cultural flowering. ... They viewed Egypt positively as a model of a strong, enlightened monarchy ... The notion of the Egyptian priesthood as a sort of Catholic clergy began in this period and was long held, though at the same time, Ignaz von Born took the priests of Egypt to be the ideal, original Freemasons. Notwithstanding many negative voices, the feeling prevailed that if there were ever a Golden Age, it had been in ancient Egypt. ... 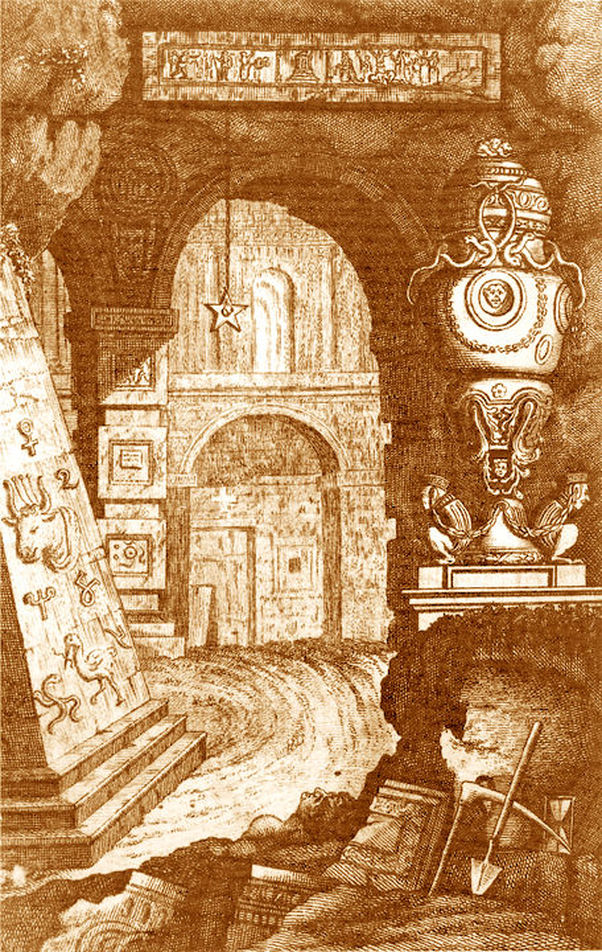 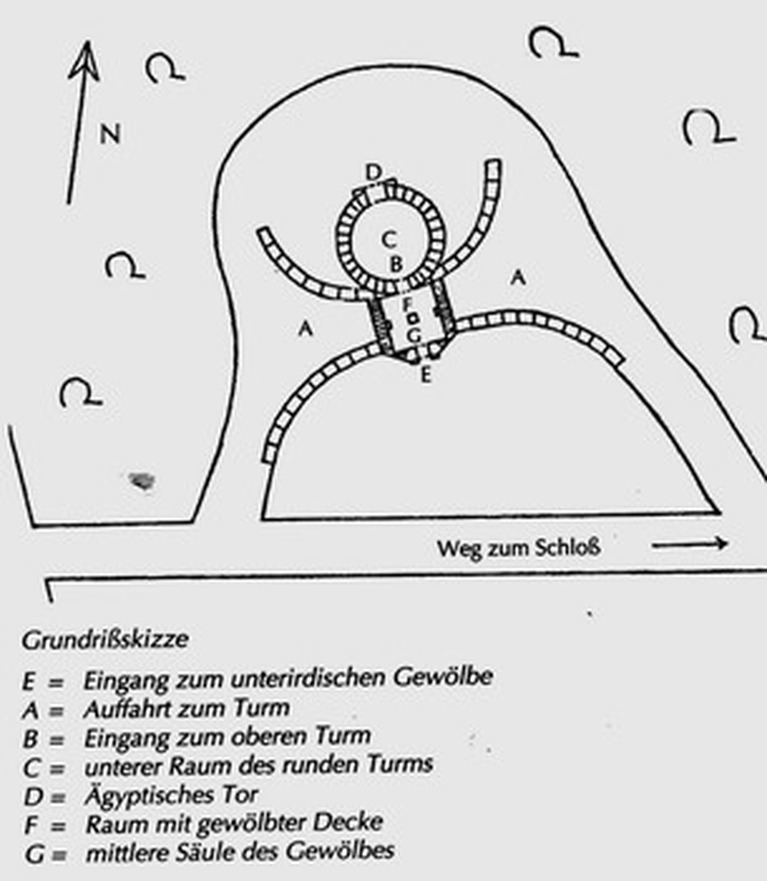 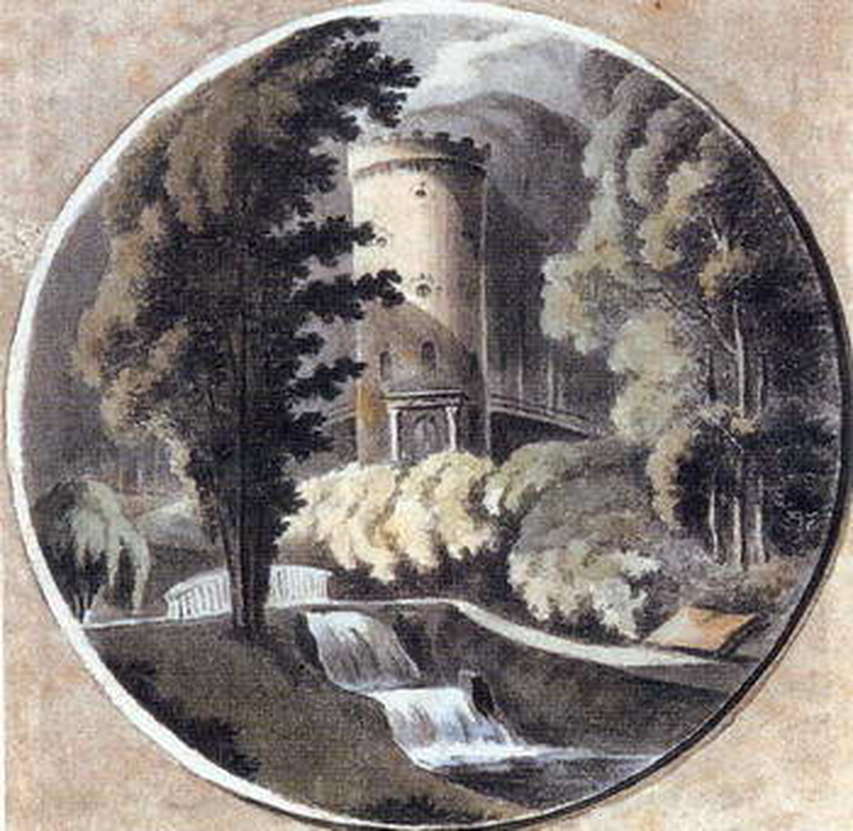 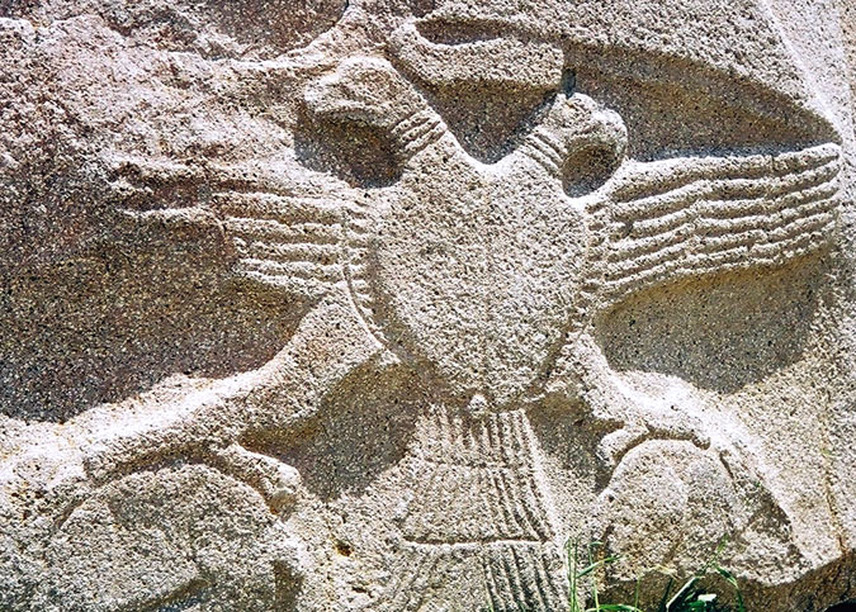 Hittite Eagle
Copyright © 2010-2015 Iona Miller, All Rights Reserved.
iona_m@yahoo.com
FAIR USE NOTICE
This site may contains some copyrighted material which has not been specifically authorized by the copyright owner. We are making such material available in our efforts to advance understanding and knowledge through educational issues. This constitutes a 'fair use' of any such copyrighted material as provided for in section 107 of the US Copyright Law, in accordance with Title 17 U.S.C. Section 107. The material on this site is distributed without profit to those who have expressed a prior interest in receiving the included information for research and educational purposes.