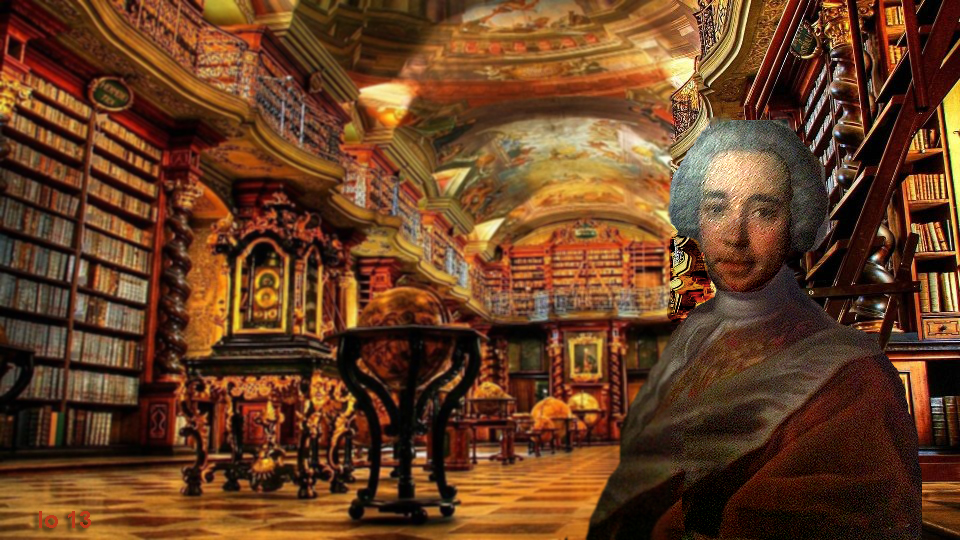 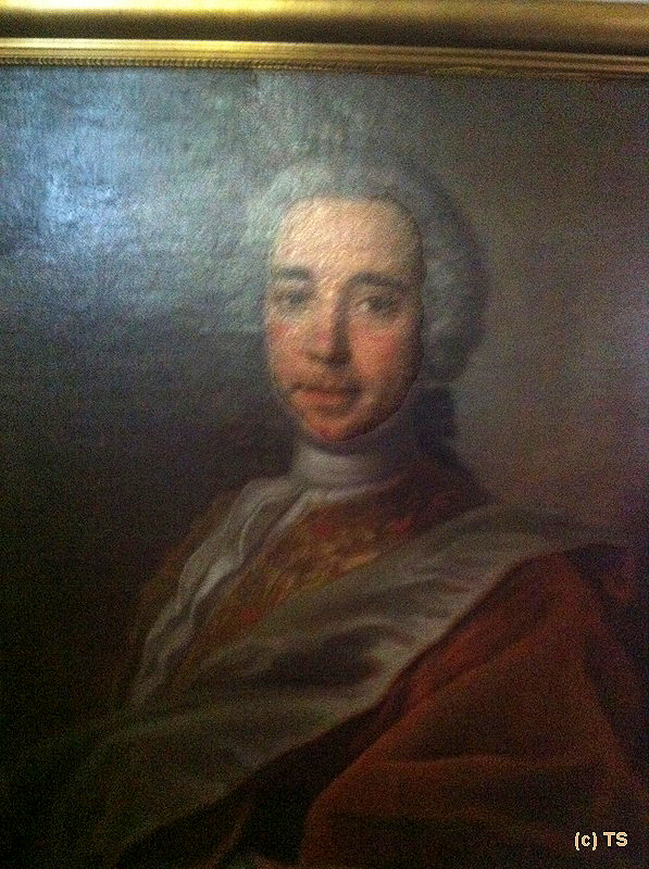 Pietro Antonio Rotari (30 September 1707 – 31 August 1762) was an Italian painter of the Baroque period. Born in Verona, he led a peripatetic career, and died in St Petersburg, where he had traveled to paint for the Russian court. He was known to have painted St. Germain when St.Germain stayed with him in early 1762.

He was initially a pupil of Antonio Balestra, but moved and lived in Venice from 1725 to 1727. He then joined the studio of Francesco Trevisani in Rome (1728–1732) Between 1731 and 1734, he worked with Francesco Solimena in Naples. He then returned then to Verona, where he started a studio. But soon he was off to paint for royal and aristocratic patrons in Dresden, Vienna, and Munich.

He was much in demand as a portraitist, and painted royal families in Dresden and Saint Petersburg. He also painted the multi-figured altarpieces of the Four Martyrs (1745) for the church of the Ospedale di San Giacomo in Verona. The painting is clearly by Rotari and presumably St Germain in 1762.The general appearance tasteful, yet not ostentatious attire, fits perfectly with the counts style. The painting is in private hands, and the family that owns it is a blood relative of St Germain. 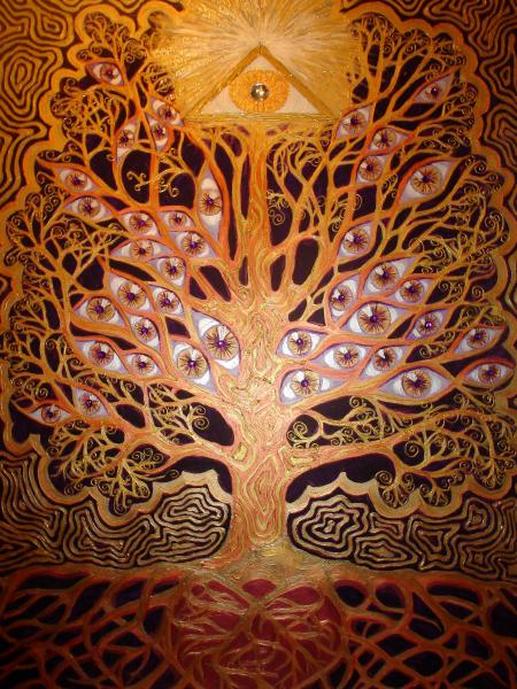 http://civa-artists.ning.com/photo/the-tree-of-life-the-eye-of-god-new
The connections to the living Schoenberger family are as follows:

St. Germain impregnates a woman named Anna Schoening In 1759, She changes it to Schoenberger to avoid you know what. The son is named Issac. He sires a child named Abraham in 1807.

One of Theodore's sons ends up a Ph.D. in Immunology and the other is a historian and prolific composer.

WHO WAS ST. GERMAIN?
The following is offered as suggestion rather than proof:

Among the legends of his origins is that he was a "wandering Jew" or an exiled Transylvanian Prince. His "dragon book" implies that his lineage is secretly identified with the Dragon. All those threads weave together once we realize that Royal Ashina Khazars, a dynasty of converted Jews ruled Khazaria (ancient Scythia) from about 650 to 1016. Two royal clans merged: in Hebrew Ha-Shechina, and Turkic Royal Ashina.

They were preceded by proto-Scythian kings who initiated a custodial tradition of seership and wisdom that migrated with them from Transylvania and Central Asia throughout Europe. Thus, the Scythian dynasties permeated European royalty as individual Dragon lineages fused.

The (Central Asian) Khazar name is derived from Turkic *qaz-, meaning "to wander." The Ashina was considered a sacred clan of quasi-divine status. The Ashina clan, a noble caste, carry the 16q24.3 "red gene" inherited from the Sumerian Anunnaki, the root of the Dragon seed that permeates royal lines: Merovingian, Carolingian, Tudor, Plantagenet, Stuart, Hapsburg, Hanoverian, Saxe-Coburg-Gotha, Guelph, Bowes-Lyon, Battenberg (Mountbatten), Guise, and Savoy families - Danish and Transylvanian lineages. The Davidic House of Judah married into the descent of the Merovingian Kings of the Franks. They are connected by a shared bloodline. The dragon archetype rests within the Dragon blood, passed on through genetic descent.

"Briefly, the Dragon lineage starts in the Caucasus with the Annunaki, descending through migrating proto-Scythians to the Sumerians while branching off also into the early Egyptians, Phoenicians and Mittani. A marriage bridge back to Scythia infused the Elvin line of “Tuatha de Danaan” and the Fir Bolg, which branched into the Arch-Druidic, Priest-Princely family to the Royal Picts of Scotland and the ring kings of the Horse Lords of Dal Riada, through the Elven dynasty of Pendragon and Avallon del Acqs, and down to a few pure bred families today." (de Vere)

The Royal Court of the Dragon was founded by the priests of Mendes in about 2200 BC and was subsequently ratified by the 12th dynasty Queen Sobeknefru. This sovereign and priestly Order passed from Egypt to the Kings of Jerusalem; to the Black Sea Princes of Scythia (Princess Milouziana of the Scythians) and into the Balkans - notably to the Royal House of Hungary, whose King Sigismund reconstituted the Court just 600 years ago. Sigismund’s assumed descent from Melusine. Her ancestry actually can be traced back to the Scythian Dragon Princess Scota, Queen Sobekh Nefru and the Egyptian Cult of the Dragon. Vlad Dracul was a minion of Sigismund of Luxembourg, and was educated at the Emperor's court in Nuremberg. Dracul was invested into Societas Draconis.

The Byzantine Emperor Constantine was a Dragon King. The Byzantine emperor Leo III married his son Constantine (V) to the Khazar princess as part of the alliance between the two empires. Princess Tzitzak was baptized as Irene. Their son Leo (Leo IV) was known as "Leo the Khazar", emperor of the Eastern Roman (Byzantine) Empire from 775 to 780.

The "secret of immortality" of the "Wandering Jew" is the in-bred dynasty. For the ancient Egyptians, it lay partly in historical remembrance of one's name. Some say the nomadic Khazars derived from both the Edomites and the so-called “Lost Tribes” (Dan). Like their Edomite ancestors, the Khazars were also red-headed, and came to be known as “Red Jews”. Transylvania was part of the Khazarian Empire (with roots from Mongolia to Transylvania). The Khazar ruling class was strikingly handsome with reddish hair, white skin and blue eyes.

Perhaps these concealed symbolic hints were a private joke to himself and perhaps the familial European royalty of St. Germain's unrealized ruler identity. Comte de St. Germain has been plausibly identified as the younger son (b. 1690) of the Prince Franz-Leopold Rakoczy and the Princess Charlotte Amalia of Hesse-Wahnfried. He was concealed from the Hapsburgs and lived incognito, as politically-threatened royals have sometimes been forced to do. The Hesse blood would invest St. Germain with dragon genes, and provide a familial link to the royal patron of his later years, Landgrave Karl von Hessen.

Transylvanian royalty belonged to the Dragon Court. So, St. Germain might represent himself authentically as a "Wandering Jew" with the secret of immortality, while being Transylvanian (the royal House of Rakoczy) and carrying the Dragon legacy with which he emblazoned his singular book, which some say is the only one he actually penned himself.

Whether it was genetically accurate or not, he had plausible reasons to believe so in his day. In fact, this Dragon connection may explain why he was itinerant, not merely a wandering magician, scholar and businessman -- but a man with a mission. Was this dragon emblem the symbol of his natural family? As a Hungarian or Transylvanian prince, was he either part of or in a struggle to restore a bloodline, bred for rulership and magic?

Transylvania is the earliest known homeland of the Dragon Kings, rooted in neolithic Vinca cultures. But, according to Nicholas de Vere, the House of Dracul descended from sons of Attila the Hun with no bloodline connection to Egypt. So it claimed an apostolic succession. There is no definable bloodline link or marriage bridge. If there was indeed dynastic [self-]deception, Saint Germain was unlikely to be any but an unwitting part, and would probably have identified strongly with this legacy. It is a legacy of seership through the genetic root – clear seeing, clairvoyance, transcendent consciousness.

The Dragon Tradition was alive and well during the time of Saint Germain and he was certainly part of it as a Transylvanian prince, whether he could pass a “Dragon DNA test” or not. It is no accident one of his only two original [attributed] works carried the Dragon emblem. No wonder the Triangular Book has been held closely ever since. 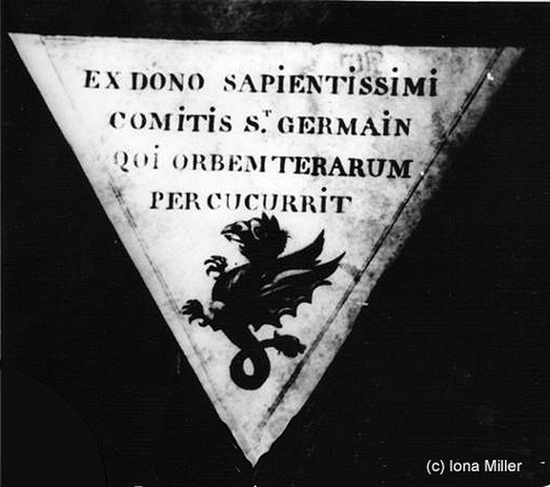 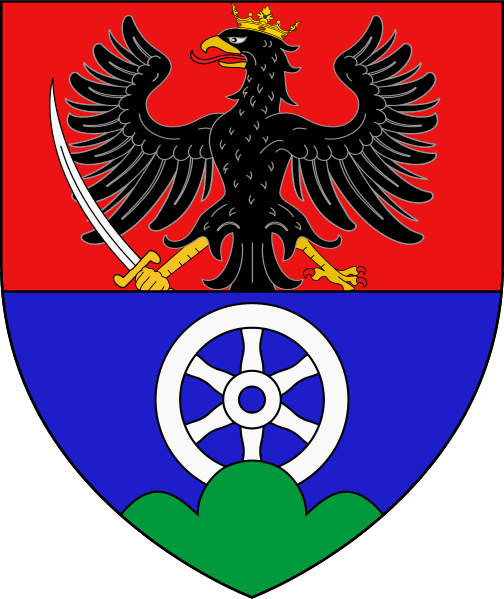 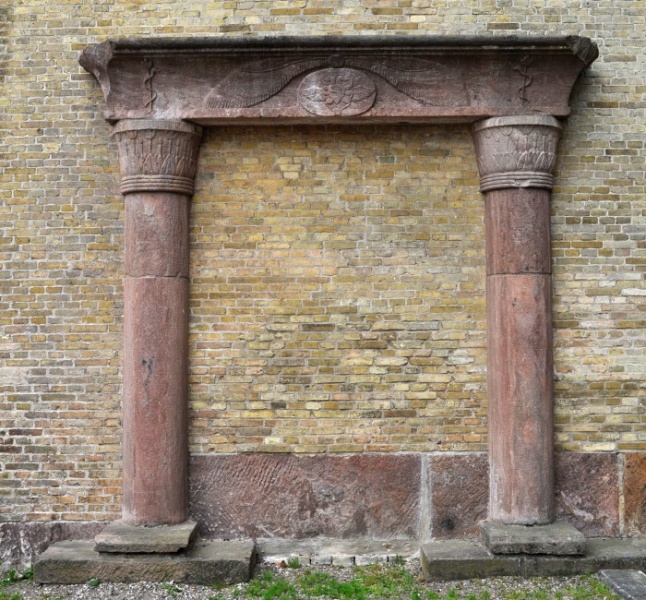 http://en.wikipedia.org/wiki/File:Hochwasser_Travem%C3%BCnde.jpg
Copyright © 2010-2015 Iona Miller, All Rights Reserved.
iona_m@yahoo.com
FAIR USE NOTICE
This site may contains some copyrighted material which has not been specifically authorized by the copyright owner. We are making such material available in our efforts to advance understanding and knowledge through educational issues. This constitutes a 'fair use' of any such copyrighted material as provided for in section 107 of the US Copyright Law, in accordance with Title 17 U.S.C. Section 107. The material on this site is distributed without profit to those who have expressed a prior interest in receiving the included information for research and educational purposes.